In many ways this is a continuation of The Future and Its Enemies with a heavy emphasis on open borders and free trade. The concept is simple: human progress is largely tied to open, dispersed systems of knowledge and exchange.

The sorta-sequel to Revenge of the Ninja doesn’t quite rise to its levels of unmatched 80s action. What it lacks in stunts and fights it makes up for in exorcisms, aerobics, and golf.

Ladies and gentleman, it’s officially the one-millionth time a movie has been based on Poe’s The Black Cat! This time it’s the soft-core, Japanese version. The real reason to watch this is the bonkers final act in which the ghost of the killed protagonist gets revenge on her assailants. It’s very reminiscent of Suspira except everything is blue instead of red.

I respect the ambition of James Cameron and his plan for his Avatar sequels so I figured I should finally see the first one. It’s okay. I suppose I am losing something by watching it on a tiny computer screen without the 3-D effects. There’s just something corny and uninspired about the character designs which prevents me from being impressed. It looks like a video game from 2002 and the creatures are animated with floaty, unrealistic movements. These is especially apparent because the cartoon is mixed with live-action actors. For all the technical innovation, everything else about this movie is a cliché. It’s an entertaining spectacle but there are no fun surprises.

An Alien or Predator rip-off starring Rutger Hauer which takes place in the post global warming world of 2008. London is knee-deep in water and a killer is on the loose eating hearts and carving astrological symbols in his prey. You never really get to see much of the monster, so the action is mostly characters shooting at and reacting to things that are off-camera. The dialogue is horrific but the actors seem to be having fun within the constraints of this awful story. In the hands of a more energetic and skillful director this could have been a good B-movie. As it is it’s mostly boring. 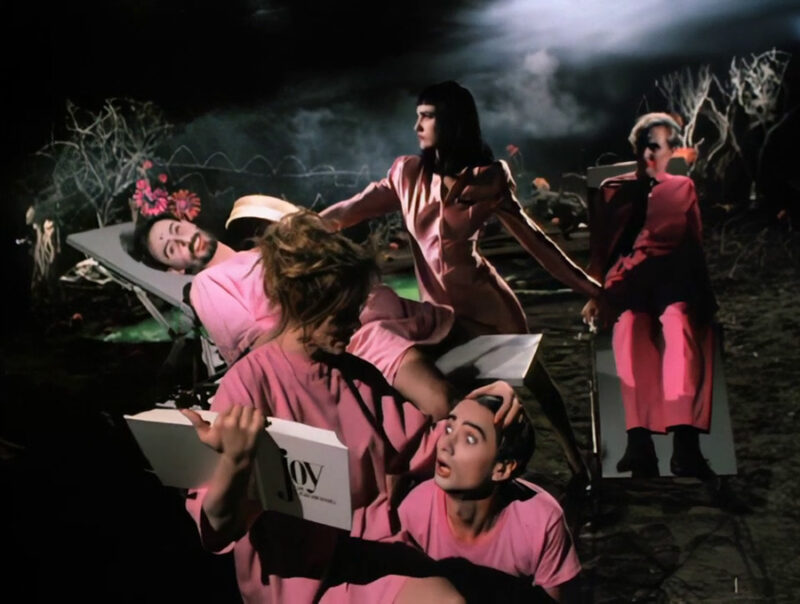 The Expanse continues with the story of the first traversals into the mysterious ring. A well-paced story that spends most of its time with new characters rather than Holden and the crew. The TV show follows this story pretty closely but many of the characters are swapped and combined so that, in the show, the main actors are doing things that side characters are doing in the book.

Tippett has done some amazing special effects and animation work but you’d probably be better off watching DVD extras for his various films rather than watching this. He doesn’t exactly radiate charisma and I felt like I hadn’t really learned anything about him when it was all over. The main reason to watch this is to see the various models and sketches he created, but, again, a picture book would probably do this better.

Joe Coleman is a sicko and he wants you to know it! While I still like his art, I have softened on Coleman over the years. Guys who are in to carnival art, freak shows, and serial killers are a dime-a-dozen these days. Looking back, his art style feels very much of its time, indistinguishable from a dozen other indie comics artists of the past. That doesn’t mean it’s bad, just not as radical as I once thought. Not radical but still as gross and shocking as ever. The book opens with a long interview that gives a good sense of where he is coming from in his art and then the bulk of the book is a combination of some narrative cartoons and color plates of his paintings.

George Hilton and Carrol Baker couldn’t rescue this hum-drum story from itself. I felt like nothing happened during the course of its running time. I guess there was a car chase and one dead body. But I can’t even remember who was killed, or if they were really killed or if it was imaginary. Being set in Holland, they did manage to have the climax take place on a windmill. 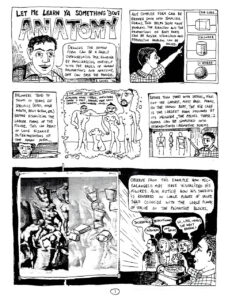 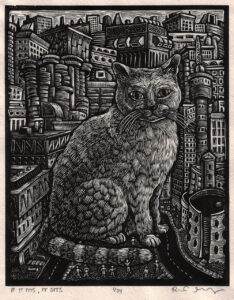 This is the story of an American GI who returns to Sicily years after the war to find the... more