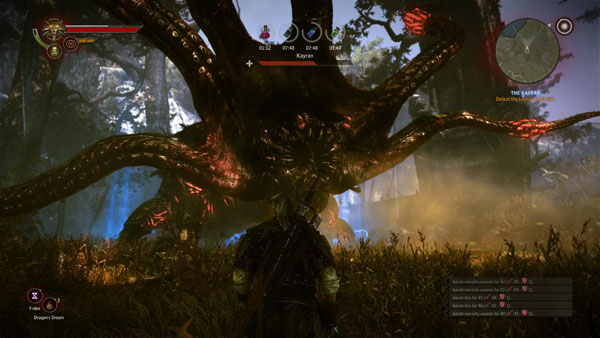 Witcher 2 takes what was a sprawling and somewhat unfocused RPG and refines almost everything to create an excellent role playing experience. They have kept many of the best elements from the first game such as its action oriented combat, limited gear choices, and adult tone. On top of that they added a much refined leveling-up system, better crafting/potion creation, and loads of interface tweaks.

The real improvement here is the cohesive story and characters. The game gives you a big mission right from the get go’capture the assassin and prove your innocence’and it keeps that focus even through the multitude of side quests and distractions. The narrative is filled with distinct and interesting characters, many of which are returning from first game. Most importantly, there are points within the game in which your choices matter and shape the tone of the experience. Things do get a little deep in the political weeds near the end of the second act, but the epilogue does a good job at explaining everything and tying it all together.

Once again Geralt can have his way with the ladies and it still feels corny, but at least you aren’t collecting victory cards for each person you bed ([un]fortunately, the GOG version comes with a “Triss Playboy Session” to re-sleazify the whole affair). I am now tempted to dive into the third game, but hearing people say, “I have already put 1200 hours into this game!” doesn’t bode well for my already minuscule social life.