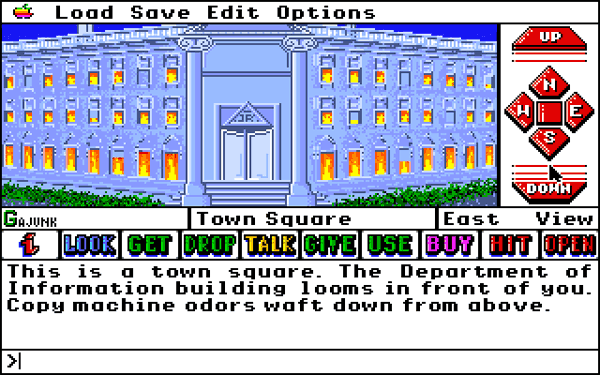 Dream Zone is a graphical adventure for the Apple IIgs that I was never able to complete when it was originally released in 1988. I managed to get about a quarter of the way through the game before I was stumped by one of the game’s unfair puzzles. Now, twenty years later and with a little help from the Internet, I have managed to beat the game. These pre-Craft of Adventure era games can be pretty brutal and a walk through will come in very handy. Now, this is about to get fairly spoiler-y so if you want give the game a try before I go on, you can play Dream Zone in your browser right now. It’s worth trying out.

As much as I love these text/graphic hybrid adventures, they all seem to suffer from the usual “guess the verb” problems. Dream Zone does a fairly good job of avoiding this most of the time with its click interface. But the click interface is deceptive because on at least three occasions you are required to come up with the specific actions yourself when a simple “use” action would have sufficed. The worst puzzle, and the one that stumped me back in ’88, is dispersing a crowd from in front of a bar. No game object works. No clickable action works. The solution is that you are supposed to say “free beer” to make the people scatter. How anyone was able to figure this out on their own is beyond me. The other horrible puzzle is one in which you are required to cuss in order to be sent to a room of punishment. Eventually you will find the room, but the solution to the puzzle requires you to visit the room twice (and again involves that pesky crowd outside the bar).

If you can manage to survive these cruel puzzles without throwing your monitor out the window, the rest of the game is rather enjoyable. The idea that this is all dream allows for some rather fun and creative moments like the giant bureaucracy staffed entirely by pigs. The art is cheesy and somewhat amateurish but it really fits the surreal theme of the game. The music is also wonky but appropriate. The whole production has a very homebrew quality to it and it’s obvious they are using off-the-shelf software like Paintworks Gold and The Music Studio to create their game assets. But’and this may just be nostolgia’I really liked this game and wish there were more 16-bit era graphic adventures like this. I mean, check out this insanity: 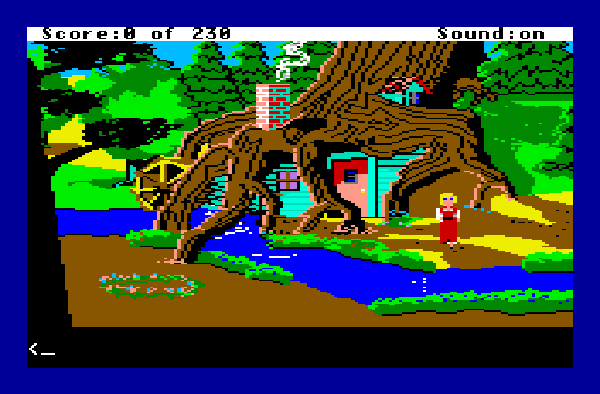 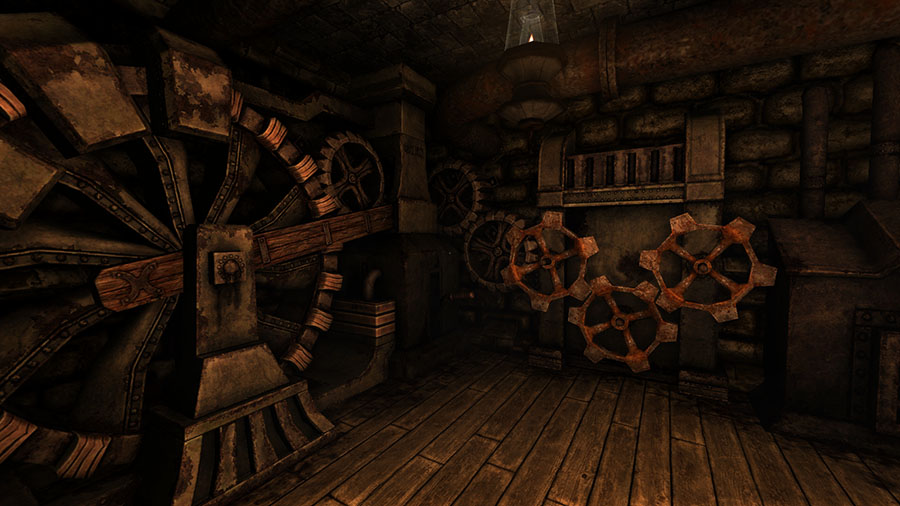