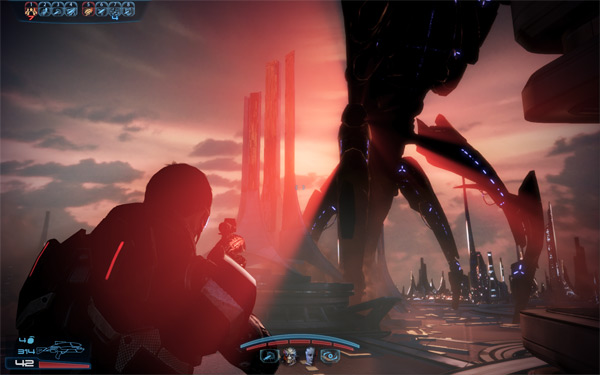 Mass Effect 3 is the satisfying conclusion to the Mass Effect trilogy (ME1 & ME2). The Reapers have finally come to reap and it’s Shepard’s job to unite the galaxy against them. Along the way you meet up with old allies (the ones you didn’t kill last time around), fight with all sorts enemies and hide behind a lot of cover.

The game plays more or less the same as the last one with the linear levels and cover-based combat. The graphics are about the same but they no longer have a film grain effect on top of everything. The place where all the Mass Effect games excel is in the storytelling. A lot of gamers complained about the ending, but I thought it was good (I did play the “extended cut”… a benefit of waiting until after launch to buy a game). There’s not much more to say other than this is an excellent game and well worth the 90+ hours of play time it will take to complete the entire trilogy. It’s the best sci-fi I’ve seen since Firefly and Serenity.