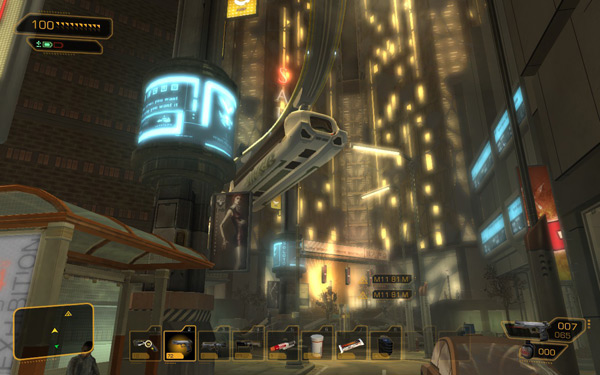 While Invisible War was not without its merits, it really lacked the depth of the original Deus Ex. This third installment attempts to amend some of that and bring the series a little closer to its RPG, stealth-centric roots. For the most part it succeeds. The levels offer all sorts of play options and paths. Also, the third-person perspective stealth system works much better than the hiding in shadows ever did in the original game.

Personally, I think the original is a tad bit overrated. I attempted to play it a again before diving into Human Revolution and found it doesn’t really hold up. My God that Hong Kong level is unbearably tedious and boring. There’s a point in Human Revolution when the game frees you to start exploring a more open environment. I immediately started to get panicked flashback of my hours spent backtracking through the dull streets of Hong Kong, but. thankfully, there are quest arrows that guide lazy modern gamers back into the action.

The story as something to do with kidnapped scientists and anti-cyber augmentation zealots. Once the Illuminati were brought into the mix I tuned out the narrative and just concentrated on getting through the levels undetected. Tightly plotted and understandable narratives are not a hallmark of this series.