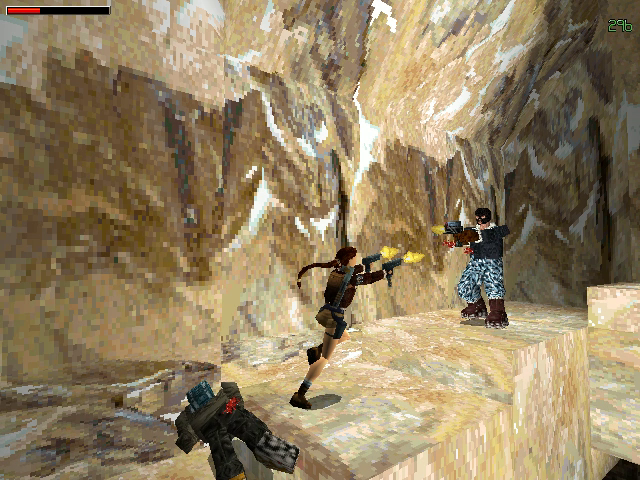 This game is part of a Tomb Raider three pack at GOG.com. I tried to play Tomb Raider 1, but I had already played the vastly superior remake, and I felt no need to revisit the same game but with bad controls and visuals. I would like to think that the second game has some technical improvements on the first, but it’s still clunky as hell.

Lara’s movements are slow and take a lot of getting used to. The graphics are as primitive as one might expect, but the animations pretty smooth. Almost too smooth as I was constantly waiting for one movement to end before initiating a jump or drawing out my guns. The thing that really dates this game is the sprawling level design. Completing a section starts to become tedious pretty fast as you are backtracking constantly and always getting lost amidst the repetitive textures and shapes.

Still, the core of Tomb Raider game play is still there. There are plenty of genuinely interesting platforming challenges, especially if your are on the lookout for secret areas. The final few areas were the best part of the game. The underwater areas were the worst.