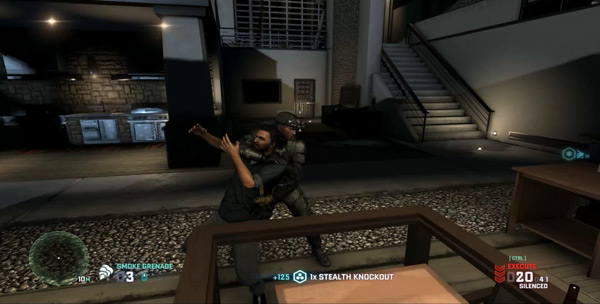 Another game that came bundled with my new video card. I had never played a game in this series because I assumed it was some sort of military sim. It is actually a third-person stealth game, and a very good one at that. While shooting everyone you see is always an option, you are mostly out-gunned and very vulnerable to attacks. I would usually opt to stay in the shadows, moving from cover to cover and performing knockout take-downs. This sort of game-play style is very satisfying to me, like when I play the spy in Team Fortress 2.

There is a story here too. It’s a ridiculous plot involving random terrorist attacks across the globe until the U.S. pulls its forces out of somewhere-else-o-stan. It’s not the most creative plot, but it gives you enough to go on and does a good job of setting up the main villain as your adversary.

I was surprised by how much I liked this one and I may go back and try some of the other games in the series.