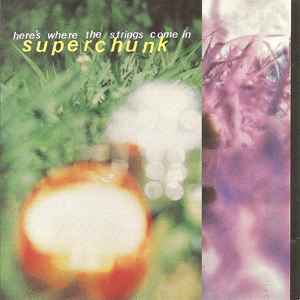 I may have to reassess where Foolish resides in the Superchunk pantheon. This CD pretty much took the direction set upon in Foolish and refined it with richer arrangements and better production. As I listen to this now, I’ll have to admit that it is a better record than its predecessor. My only complaint here is that I don’t understand why they don’t end the record with the track, “Here’s Where the Strings Come In.” From here on out, every Superchunk record after this more or less sounds the same with at least one punky song, a (relatively) quiet ballad, and a smattering keyboard drizzled throughout the record.