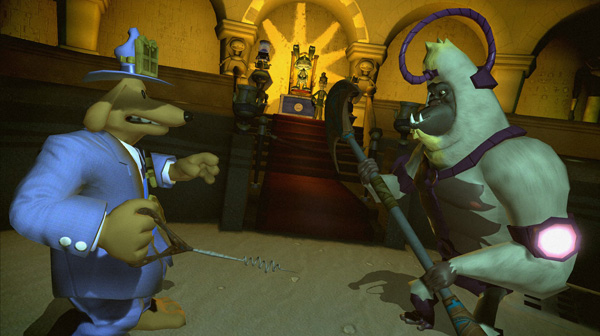 Having been burnt twice by buying the technically challenged Wii versions on Season 1 & 2, I decided to move from the den to the office and play season three on my PC. The visual difference is astounding. This game looks great both in terms of graphic quality and its cartoony art direction. This has been my favorite of the three seasons. In addition to usual humor and wacky characters, there seems to be much more focus on unifying all the episodes under a larger story arc. They’ve also mixed-up the gameplay a bit by giving Max a variety of psychic powers that add to your puzzle solving arsenal. That may have made the game a little easier, but I still felt satisfaction as I progressed through the game’s puzzles. Bring on season four!