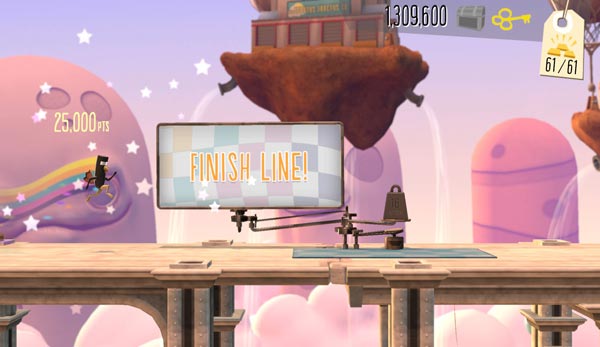 Although I haven’t written about them here, I have played through much of the first series of Bit.Trip games on the Wii. Most of those games could be classified as rhythm games with an Atari 2600 aesthetic. Beat and Runner were the stand-outs of the original six games. The former is a frantic pong-a-like and the latter is a platformer distilled to its most basic mechanics.

Runner 2 is mostly the exact same mechanics as Runner but with a 2.5D graphical makeover. Getting through the entire game is not a huge challenge. The true test comes in trying to achieve perfection by collecting all the gold and amassing the most bonus points. As such, it has more in common with a Contra game than a Mario game. Memorization is key. This is not deep, narrative game design but, as a pure arcade challenge, it’s well worth the few bucks it costs on Steam.