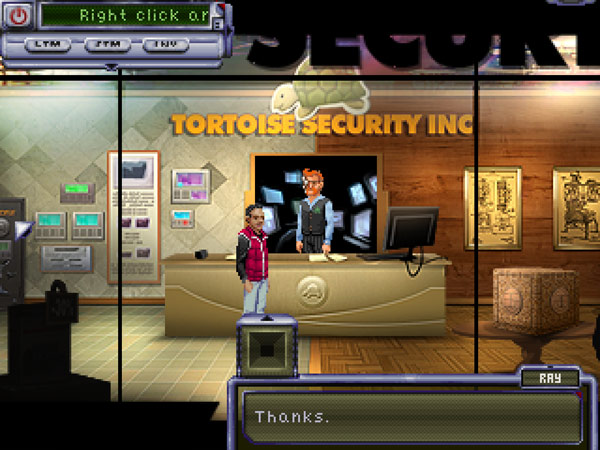 Uh oh, here we go again with another mediocre adventure game. Surprisingly, this one comes from Wadjet Eye Studios whose games have all been really good to me up until this one. On the surface Resonance has a lot going for it: well done pixelated graphics, a decent score and some clever twists on point-and-click interaction. However, the story and characters never grabbed be. Maybe it was the sub-par voice acting from a few of the leads or perhaps the controllable character overload. Controlling four characters seems like it would make for some interesting game play, but it is more of a hassle than it’s worth. Constantly having to round up everyone to go to a different area is not fun.

One of the key puzzle mechanics of the game is the ability to access memories and items within dialogue sequences. It’s basically a point-and-click version of the old text adventure trope of typing “ask character about xxx.” It worked about half the time. The other half I reverted back to the old “try everything on everything” brute force method of getting through the game. I felt like my motivations or objectives were never quite telegraphed in a fair manner. In fact, as I type this I still have a sour taste in my mouth from the final two puzzles which are just dialogue trees in which you need to pretty much need to guess blindly how the respondent is going to react or die.

Pass on this one and play Primordia or Blackwell instead.