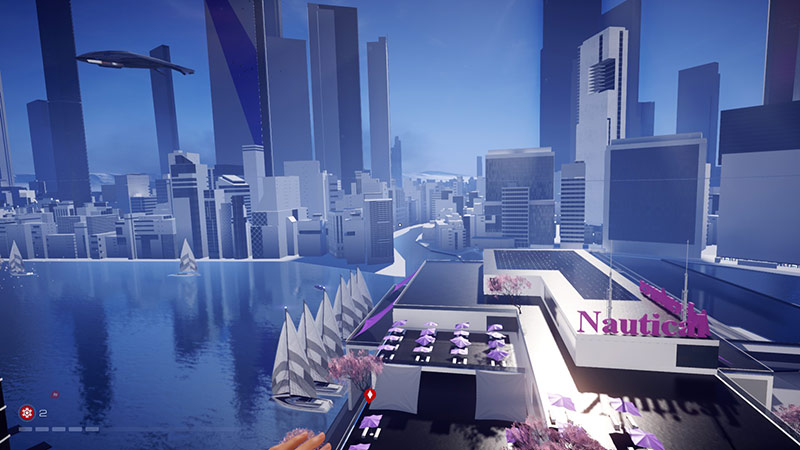 The original Mirror’s Edge was one of only a handful of games that I had gone back and replayed almost immediately after completing it. It was an excellent game that had you puzzling through levels using parkour skills. This sequel does not hold up to the original at all.

First, it’s open-world. I’m really beginning to dislike this gaming format. It tends to make games longer than they should be by filling game-play with mindless item collection and dull side missions. Also, in Catalyst every place in the world has the same white minimalist design so there is no way to get your bearings. It’s cool art direction but it hinders game-play.

That brings me my second gripe. The first game was built upon well-designed levels. A single object would be colored red and that would guide the player’s eyes in the proper direction. There was just enough there to make the player feel like they were instinctually finding their way through the world when it was all a finely crafted race course. The new game does this dynamically and it just doesn’t work the same. You follow a ghost image which is referred to as your runner’s vision. This really just ends up feeling like following a standard RPG quest arrow.

Finally, the story here is just a dud. Turns out this is a reboot and has nothing to do with the first game (which wasn’t exactly Moby Dick either). It’s not just a grittier retelling or something like that. Faith’s backstory has been changed and now major characters that were good are now bad guys. And, of course, in this world corporations are evil and have no incentive to be good to their customers (let alone not kill them). Lazy, lazy, lazy.

At least the parkour aspects remain pretty solid. I don’t think there have been many new moves added to your repertoire except for maybe swinging around corners and a grappling hook attachment. Combat has improved. There is no shooting and it’s all just fists and kicks. This makes mastering parkour a more integral part of fighting.

In the end though, completing the main mission was about enough for me. I have no desire to test my skill in all the user-created races that pepper the world. Races in which the leaderboard is always topped by some player that managed to complete a two-minute race in twelve seconds. Hmm.