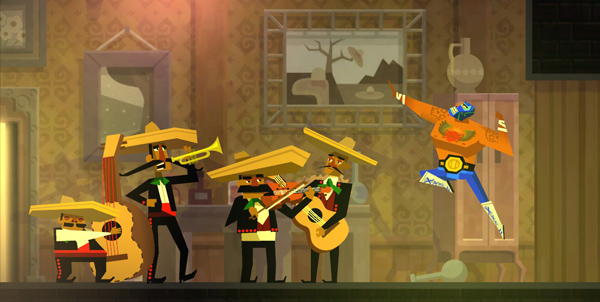 This is what the kids call a metroidvania-style platformer (what a horrible term). You run around around a large, open-world and gain access to new areas as you upgrade to new powers. I tried to play Super Metroid on the Wii, but I don’t think I had the patience for that older game. Guacamelee! on the other hand was very accessible. The movement is fast and fluid with easy fighting mechanics. The vector art style is really pretty and colorful, but the music is a bit repetitive. The story tries to be funny in that unfunny way that 90% of games attempt humor. There is also this dimension shifting power taken straight from Giana Sisters: Twisted Dreams that is just annoying in this context. Thankfully, the game has enough good mechanics to make up for that one bad one and offers lots of reward for exploration and a genuine feeling that you are getting better as you progress through the game.