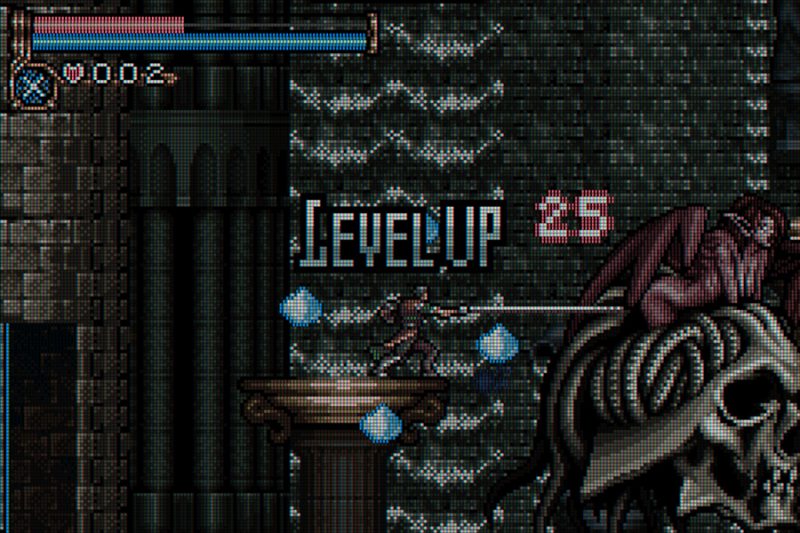 This is the first Castlevania sequel I have ever completed. I’ve played the first five minutes of Symphony of the Night half-a-dozen times. For whatever reason it never really grabbed me. Today there are about twenty games in the franchise and they all seem to be about the same: Run around a big castle with a whip, kill enemies that endlessly respawn, and defeat bosses to gain new skills which open up other sections of the castle.

I have to say I still find the whip attack and the platforming to be clunky but I managed to stay somewhat engaged in the exploration aspects of the game. This one has a big collect-em-all mechanic where various randomly dropped tarot cards give your character magic abilities. I only managed to find about a third of the cards as they are mostly random drops. This must drive completists mad.

The post-boss power-ups are also kinda boring. Sure they let you get through barriers and locked areas, but, with the exception of a high jump, they never made your character feel more powerful the way similar items would in Metroid or Guacamelee!

I did manage still to have some fun with Circle of the Moon. My goal is to eventually play one of the NDS games which seemed to have mush smoother controls and slicker graphics. This was an adequate introduction to the Vania side of the Metroidvania genre.