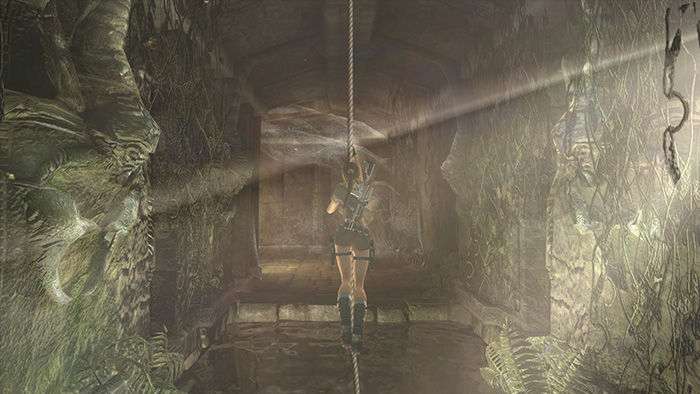 I could have sworn I had played this game before, but I wasn’t completely sure. I get this one confused with Tomb Raider: Anniversary. All I knew is that I didn’t own it and, if I had played it, it was probably on Gametap as a freebie. Well, this weekend it went on Steam sale for 97¢ so I grabbed it knowing that if I managed to have an hour of fun with it, it would have been worth the price.

Yup, I’ve played it before. I definitely remember the first level. Things get cloudy after that. These games aren’t quite known for their strong, memorable narratives. The game would seem completely new to me then I’d hit a particularly tricky level and memories would flood back. Most of the reason I write these redundant reviews is to help me remember what I’ve seen or played.

This is the first of the Crystal Dynamics Tomb Raider games and it still holds up rather well. The only areas of the game that haven’t aged as well are the shooting mechanics, an occasional quicktime event, and the too-close camera positioning. Otherwise, the controls are fluid and the tombs offer a medium-level puzzle challenge. There’s no crafting, and object collecting is limited to a half-a-dozen or so statues per level. This is straightforward fun that doesn’t wear out it’s welcome.