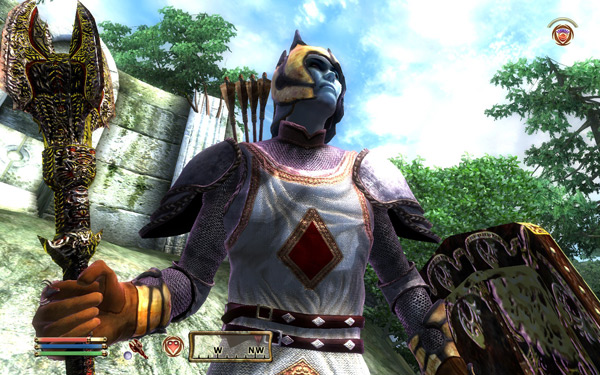 Oblivion is a huge, open-world RPG made by the same folks who made Fallout 3. In fact, it plays very much like Fallout 3 in terms of quest structure and interaction with the world. The main storyline is not terribly interesting, but I found myself getting sidetracked by the optional quests and dungeons that litter the entire world map. I must have spent the first ten hours of the game trying to recover from a vampire’s bite. I also wasted a lot of time in the colorful expansion world of the Shivering Isles. When I finally got around to completing the main quest it took about 5 hours. The fun of this game is more in the exploration of the world map and character building by honing your various skills. Combat is fun but can be hectic and confusing if you are fighting alongside an ally. In the end it’s just a click-fest in which you are just trying to time your health potions and spells when there is a moment between the attacks.