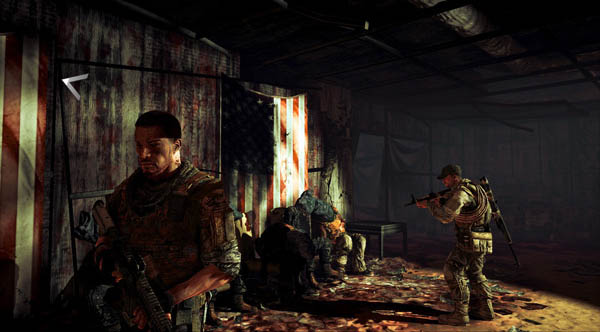 Have you ever wanted to be the star of your very own nihilistic, anti-war fever dream? Well, look no further than Spec Ops: The Line. This game is, for the most part, a standard cover-based third-person shooter. The mechanics are solid, but nothing out of the ordinary. Where this game separates itself from others is in its dark story that owes a lot to Apocalypse Now and its progenitor, Heart of Darkness. Instead of taking a boat up the river, you are making your way through a sand storm engulfed Dubai on a quest to find Colonel Konrad (Conrad, get it?) and his rogue 33th brigade. As you move from one brutal slaughter to the next you are eventually forced to take morally reprehensible actions that trigger your decent into chaos.

Unlike most military shooters, the characters have actual arcs and the story, although somewhat convoluted, is well-paced and intriguing. I especially like the gun battles that have trippy 60’s acid rock jamming in the background ala the Do Long bridge scene from Apocalypse Now. Get The Roach, man!