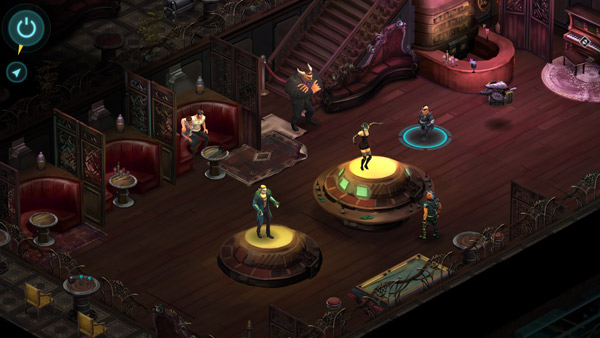 I was initially drawn to the isometric art style of this turn-based RPG. My hope was that it would play like Wasteland 2 but I wasn’t sure what to expect. The combat is similar, but it has nowhere near the depth and strategy. I some ways that’s good. Shadowrun Returns feels much more casual and less nitpicky with things like ammo and inventory management. But, even though it’s party-based, you only really control the development of your one character. The other combatants are just expendable hired hands with little to no backstory.

As a smaller, episodic type game it works well. The game ships with development tools and has a rather large Steam Workshop page, so the idea probably is that this is a framework to build on. The story here is very linear. I was surprised that there was no overworld to explore or major side quests to complete. If it wasn’t for the fighting, this could almost be considered a point-and-click adventure. Thankfully the story works well enough as a cyberpunk take on a film noir: A friend from the past has been murdered and, as a last request, he has a video message hiring you to find his killer. It’s nice that an RPG doesn’t need to have a “save the world from evil” plot (although it veers that way towards the end). Overall I liked the game, it just needs a bit more refinement and polish to make it great.