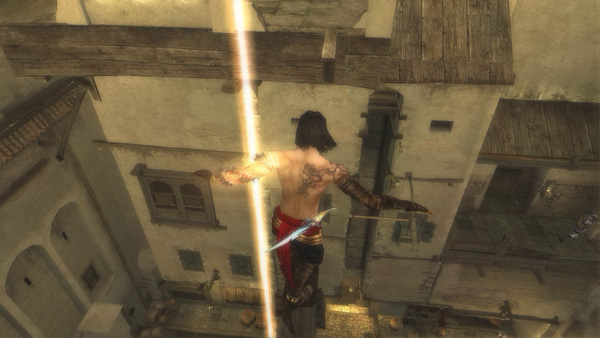 Back in 2007 I played a free, ad-supported version of Prince of Persia: Sands of Time which I enjoyed quite a bit. Although I missed seeing commercials for McDonald’s between every level, this is more or less the same game. There seems to be more of an emphasis on combat in The Two Thrones but the core platforming and time-shifting mechanics remain. Since that first game however, this sort of acrobatic platforming has been done a zillion times better in the Tomb Raider games and I started to get frustrated with blind jumps at about the halfway point. The whole time-reversal mode seems like a kludge to cover poor level design and camera control. The game does do a good job at keeping its bare-bones story moving along and will occasionally break up the monotony with a chariot race or tower of Hanoi puzzle.