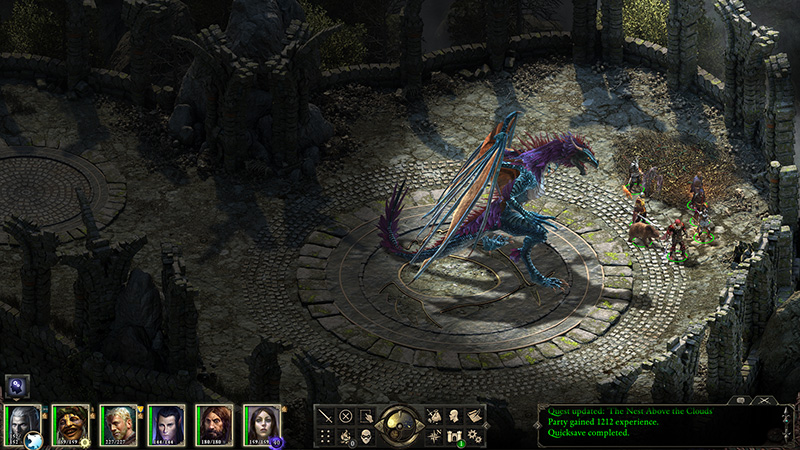 I think it’s time I finally accept the fact that I don’t really like Infinity Engine style games anymore. I really like the idea of them: controlling a party of adventurers, exploring richly detailed worlds, and freezable real-time strategy combat. But the last few I have played have been bogged down in convoluted fantasy storylines that never grab my attention. Pillars’ story isn’t that complicated, but it just lacks focus. I never cared why I was getting visions and the main villain is a dud. Because of Kickstarter funding, the world is riddled with insipid and unnecessary vignettes that were written by backers. I guess fantasy geeks like all the lore but it just makes my eyes glaze over. Take a gander at this bit of dialogue:

It’s just a litany of unpronounceable names and garbage. Now if you are the type of person who actually reads the tomes you find in RPGs you will love this but I was just longing for one normal sounding name.

I actually didn’t mind the first third of the game. But somewhere around then I realized that it’s not going to go anywhere interesting I began to lose interest. By the time I finished, I had just switched to easy mode so I could burn through it and get on with something I liked. Wasteland 3 take me away!