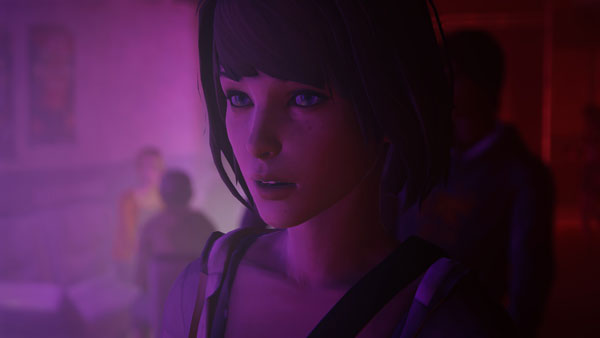 Life is Strange uses the same branching story game play as Telltale’s games. The twist here is that your character has the power to reverse time and undo choices. There are a handful of puzzles that require some creative time shifting but the reality of this mechanic is that it is simply an alternative to using a quick-save. The real focus is on story and characters. In early episodes I was really annoyed by the mindless teenage banter. I get enough of that phoney YouTuber-style psychobabble from my own daughter. After about the third episode I began to get used to it. What’s left is an interesting drama about renewed friendships, a missing girl, disturbing visions, and the darker side of a quaint Northwestern hamlet. It’s like a somewhat sterile cross between Twin Peaks and Donnie Darko.