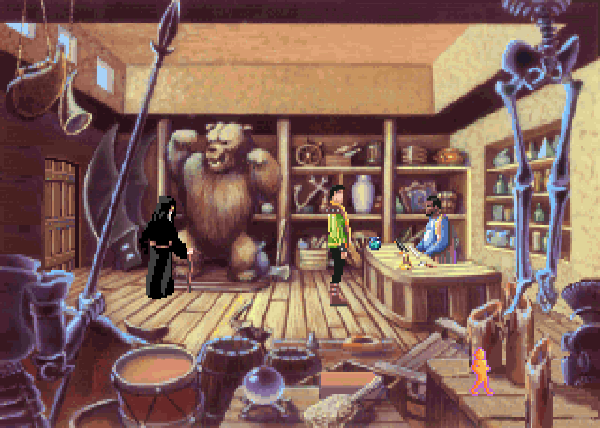 While this game was a pretty big improvement over KQV, it still was just too mired in Sierra adventure game brutality for me to really enjoy. There has been some attempt to make the puzzles a bit more forgiving here, including allowing for the player to take multiple paths to victory. I did alright through about the first third of the game then it just gets nasty. The worst offenses being several “walking dead” moments when I got to a puzzle and was unable to pass because of an item or interaction I missed hours beforehand. I gave up and just relied mostly on a walk-through for the rest of the game.

Although I long for the blocky graphics of the AGI games, the pixel graphics and animations in King’s Quest VI are pretty amazing, especially the background art. They also hired actual voice actors to add some life to the story. For a King’s Quest game, this had a pretty solid story despite several of the usual fairy tale tangents.