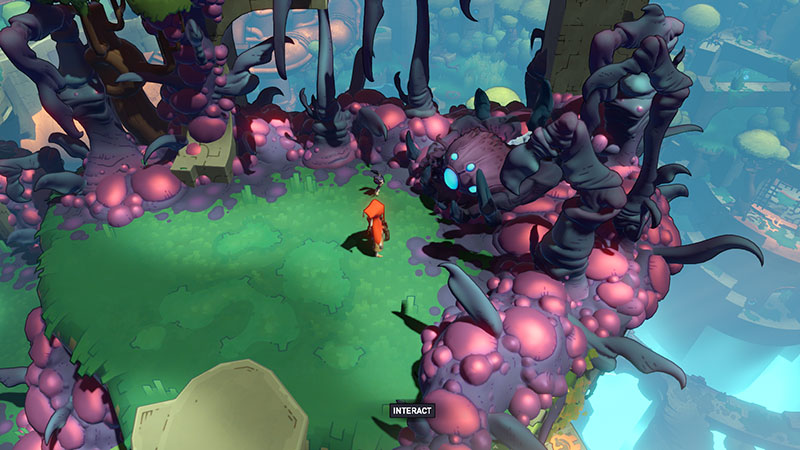 Hob is from the same studio that created Torchlight and much of the same beautiful artistic style is on display here. This is pretty much a Zelda clone in which you keep clearing out dungeons in order to gain abilities that let you clear out harder dungeons. It even has nearly identical swordplay mechanics.

Like just about every “arty” indy game, Hob tries to tell its story in an obtuse way without dialogue. It works okay but the ending presents you with a hard choice. A choice which you can’t freakin’ understand because the entire game is spoken in Simlish. That means your final decision will be based on a random stick push rather than thought. Whatever. It was mostly fun and moved quickly, so I basically liked the game.