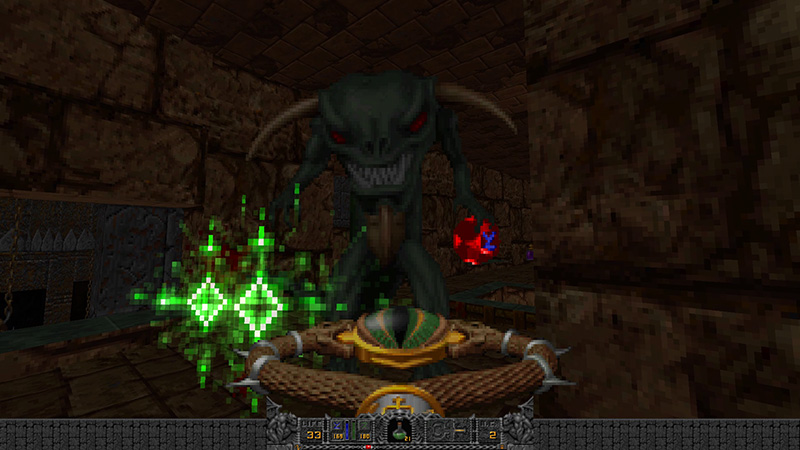 Hexen was another mid-nineties FPS that, I swear, I played the demo of several times but never played the full game. I only seemed to remember that first level with its stained glass windows and melee combat. It takes quite some time before you get a ranged weapon and that’s probably why I never felt the incentive to continue much farther than the initial levels. You need to give this one some time before it starts to click.

The level design is pretty great. Each section of the game is organized around a hub world. You can then move between the various sub levels in search of keys, switches, etc. that open up other sections of the hub. In some cases this involves revisiting levels over and over. This can be a pain in the early stages of the game when I was expecting run-and-gun Doom-style gameplay. Eventually, I got in the groove (still needed a walkthrough here and there).

The major ding against the game is the lack of variety. You only have a total of four weapons and it seems like you are fighting the same monsters over and over. The monsters will respawn so there is no incentive to kill ’em all. If you can, run past and pull that switch! Overall, I liked it and it seemed to hold up rather well (using gzDoom to run the game).