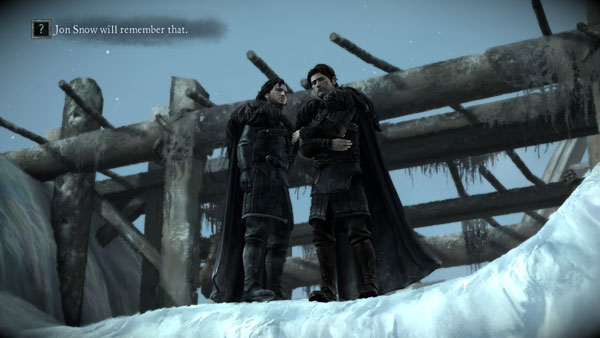 This has been my least favorite of the Telltale Choose Your Own Adventure style adventures. I think my main problem with it was the multiple character story lines. Jumping from character to character may be in the spirit of the books, but I felt like it diminished the feeling that I was actually a part of the world. Also, as a fan of the books and show, it was a little strange to be playing out this non-canonical story. It was like playing a Transformers game as a Go-Bot.

However, like all of the recent Telltale games, it managed to grab my attention (eventually) and I stuck with it all the way to the unhappy ending(s).