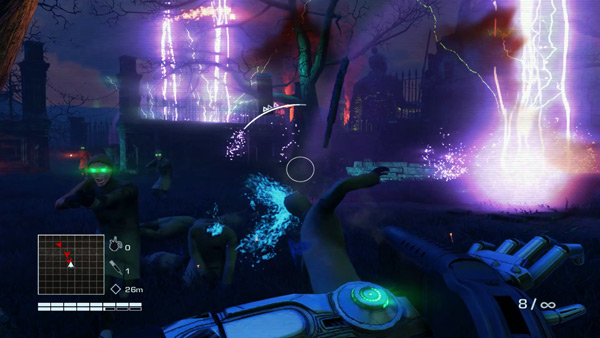 When I heard that this game featured Michael Biehn as the main voice actor I was intrigued. When I saw that it was an over-the-top homage to eighties science fiction and action movies I had to have it. The game doesn’t disappoint in the nostalgia department. In addition to the neon Tron-style art direction, there is tons of cheesy dialogue, 8-bit cut scenes (including a power rock training montage), and an incredibly cool synthesizer-based soundtrack. In terms of story, the game has nothing to do with FarCry other than it using the same game engine and open-world mechanics. There is a good balance of stealth and good old-fashioned shoot everything gun play. This sells for cheap and is well worth the low price despite its short game length.