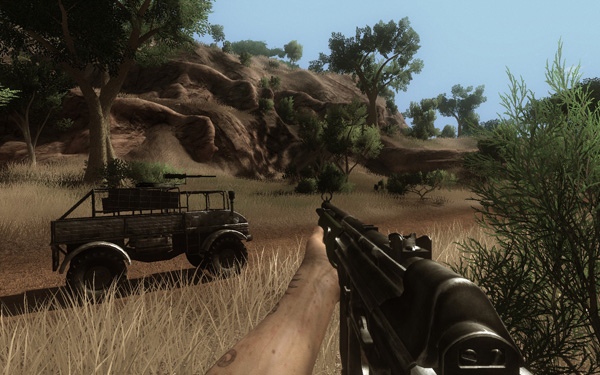 This is the game that forced me to update my video card last year. I remember playing the first Far Cry and thinking that that was about as close to reality as games could ever get. The sequel leaps and bounds ahead of the original in the looks department. Unfortunately, the game-play does not match the quality level of the visuals. Unlike the first game, Far Cry 2 is a mission-based open-world game alá Grand Theft Auto. Unlike GTA, the missions are all exactly the same: drive to an indicated point on the map; along the way shoot guys at various checkpoints (which you swear you killed last time you drove though there); find the target; kill the target while fending off waves of identical thugs; finally, drive to next mission spot on map and kill the same guards you killed on the way to the last mission… again and again. Far Cry 1 had open levels, but at least they proceeded in a linear fashion that drove a story along. This game has zero story and eventually I just wanted it to end so I could get my $4.99 worth of gaming in and then move on to something else.