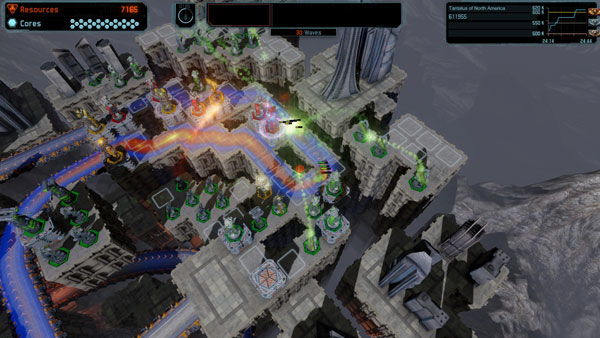 The Defense Grid sequel seems more like an expansion than a new game. There are new powers and customizations, but core game remains the same; build towers and watch them mow down a seemingly endless stream of baddies. In fact, with the new upgrades, I think this may be easier than the original. I suppose the challenge really is in the alternate game modes where you a limited to certain spots or specific towers. Given the choice, I think I prefer the first game and its simple character-study story. This one tries to up the narrative ante by adding several voiced characters, but it just gets confusing and incoherent. The game still works as a casual strategy game that can be played in small doses.