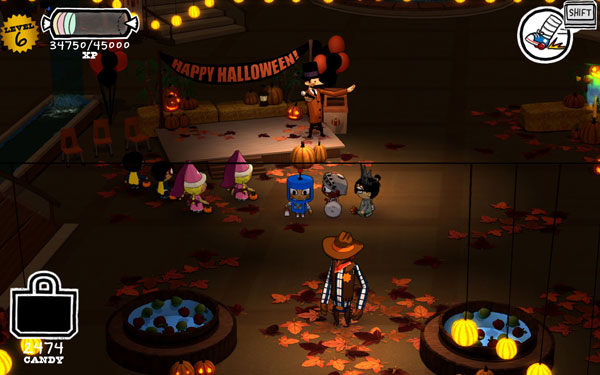 Costume Quest feels like an off-hand idea thrown out there at a pitch meeting. I’m sure the designers had just taken their kids out trick-or-treating for the first time and thought to themselves, “Geesh, wouldn’t it be cool if there was a game where you were trick-or-treating and your costumes gave you superpowers!” Well, it might have been cool except for the fact that knocking on doors only to have repetitive battles is not fun at all. If there is one thing Doublefine Studios is good at is creative art direction and silly dialogue. Much like the critically lauded Psychonauts, this game is dripping with style and creativity. But, also like Psychonauts, the actual game play is just ho-hum. The game is just a lot of walking around, picking up candy and then having the occasional timing-based (ala Mario RPG) and strategy-free battles. This game was entertaining for about a half hour but got old really fast.