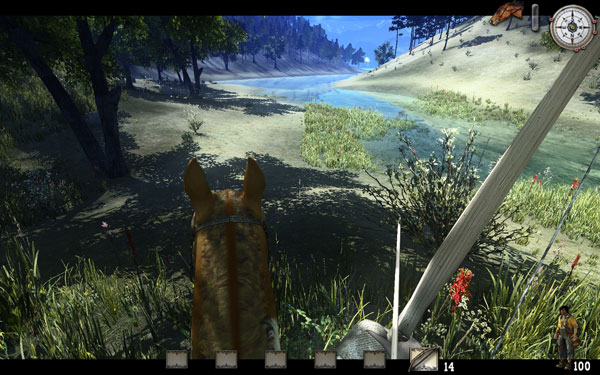 There have not been many wild west shooters. I guess there was Outlaw for the 2600 and, of course, now there’s Red Dead Redemption (a game which will never come to the PC). But when Call of Juarez came out, it was about the only Western themed game around. The old west had all you needed for a decent FPS: guns, outlaws, sparsely populated towns and dysentery.

I liked Call of Juarez. It has a nice blend of shooting, platforming, stealth and story. There were times while I was sneaking around it felt very much like my favorite FPS, No One Lives Forever except without the awesome dialogue. The shooting mechanics are good, and it has a “bullet time” mechanic that you will completely over use. The story is simple but is told in a unique way by having you play as two separate characters. Nothing revolutionary here, just a solid first-person shooter with a unique setting and narrative style.