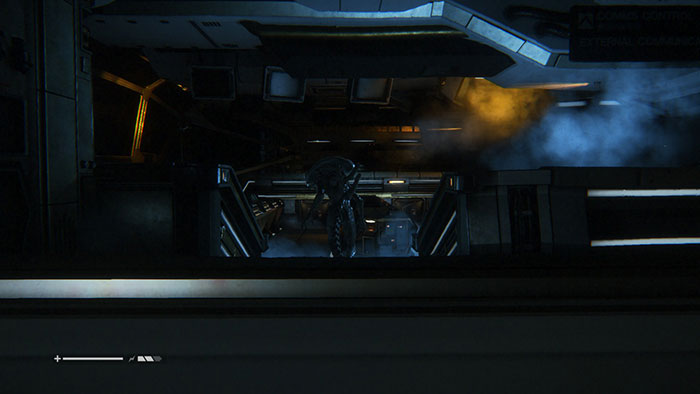 The first few hours of Alien: Isolation are some of the most nerve-racking gaming I have ever experienced. It’s a stealth game in which you are mostly defenseless and must hide to survive. There’s no sneaking up behind enemies and stabbing them in the back. The enemies aren’t just some dopey guards walking in a set pattern that you are trying to avoid. It’s one of the most menacing monsters in cinema history. One wrong turn or overly loud noise and you are facing its dripping double jaws in seconds.

All this wasn’t helped by the fact that Alien was one of the scariest movies I saw as a child. My parents let me watch it way before I should have. I was so traumatized that, a few years later, my parents took me to see E.T. and I was terrified of his long head. It took more than a few Reese’s Pieces to calm my nerves.

I initially tried playing Alien: Isolation in a dark room with headphones on. I couldn’t do it. The sound design is excellent and the environments are dark and claustrophobic. Every little thump had me breathlessly spinning around and around looking for danger. Eventually the game settles in to a more predicable pacing and the tension begins to lift. If anything, it’s the sameness that begins to lessen the impact of the game. Eighteen hours in and I was still crouching and and hiding behind crates.

The writer do a good job in constructing a story that sorta-kinda works with the films. Unfortunately, there is a sequel-begging ending that doesn’t give any sense of closure.