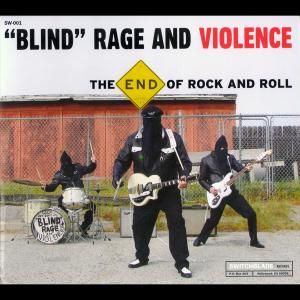 Guitarist and switchbladist extraordinaire “Blind” Rage is said to be the illegitimate son of Link Wray. From the liner notes: “he’s on a mission to reclaim the greatness that man’s name once stood for.” These sixteen tracks pack all the fuzz and fury of Link. The only thing missing is the one-lunged blues howl of Link’s voice. Come to think of it, Mr. Rage’s vocals suspiciously sound an awful lot like Deke Dickerson’s, who, coincidentally, produced and released this album. Hmm. Anyway, this is a fantastic record that goes beyond being simply a tribute band by packing wallop all of its own.