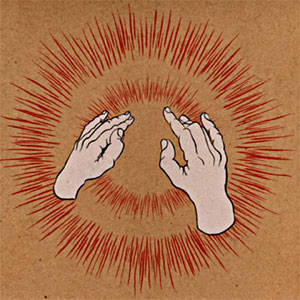 Godspeed is, at last count, a ten piece outfit from Canada. This double CD plays like an epic soundtrack. The songs are rich in dynamics but are rhythmically quite trite. After about the first fifteen minutes or so, it’s pretty clear that (on this release at least) Godspeed is a one-trick pony. Don’t get me wrong, it’s a neat trick and, despite the fact that they come from the renegade U.S. province of Canada, I do recommend this album. Essentially, what they do is take four or five chords, repeat them endlessly, and gradually add more instruments until the song crescendos in a wall of sound, then begin removing sounds from the mix until they are back to quiet again. I have heard this band described as Phish for the punk rock set. I could picture a greasy-haired rocker with nerd glasses excitedly talking about how last night in Detroit they played a 40-minute version of the same song, but used a vibraphone instead of piano.