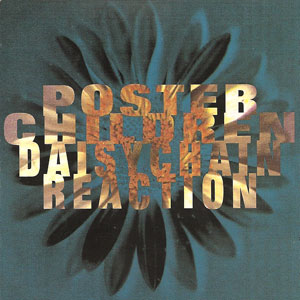 This is the first Poster Children CD that I bought at the time of its release. This was back when they were quickly becoming the kings of the Champaign-Urbana music scene (or maybe arch-dukes bested only by The Didjits). Now, in hindsight, I know that this would not be their best recording, but it certainly felt like the bar by which any following release from the band (or any other Cham/bana band for that matter) would be judged. The sound of the record more or less encapsulates the droning wall-of-guitars sound of the scene from which they emerged. This disc has some of my all-time favorite tracks from the band: “Love,” “Water,” “Space Gun,” and the list goes on.