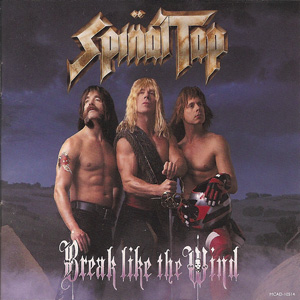 I so much wanted this record to be more than it was. The original Spinal Tap soundtrack was legendary and, even if this didn’t quite live up to the original, it was destined to be great, right? Turns out, Spinal Tap’s music detached from the comedic sketches becomes what it originally set out to parody: boring hair metal. I always felt Spinal Tap was only a metal band because metal happened to be popular at the time. A Spinal Tap record in the nineties should have been about the band trying to make it as a grunge band and then failing miserably. The CD’s only moment of redemption is the unlisted “13th Song” which parodies political message songs by featuring the band members clumsily speaking out about caring for the sick and elderly. Other tracks like “Cash on Delivery” and “Just Begin Again” are just awful.