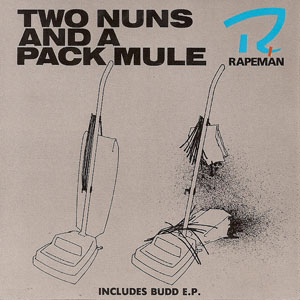 There’s still quite a bit of Big Black’s sound in this Albini follow up project. The guitar (there’s only one this time around) screeches with the same fury as before and, this time around, he’s found a human drummer. As one might expect, the songs have more of a live feel and are less industrial-sounding. I’m not sure how I feel about that. Being the synth-nerd I am, I tend to favor the more mechanized noise of Big Black. That said, most of the tracks on this disc are pretty great. However, looming around the edges are songs like “Budd” which showcases the indy-rock-jam-band self indulgence of those later Shellac records.