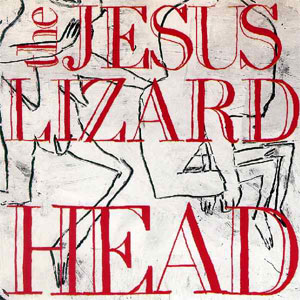 I’d have to say it’s a toss up between Goat and Head as my favorite Jesus Lizard album. Pure/Head shows a lot more variety than the later records which is both good and bad. It’s good because the songs are never boring, bad because the experimentation doesn’t always work (Happy Bunny Goes Fluff Fluff Along). Because of the drum machine and distorted vocals, this early JL is much more industrial sounding than later efforts too, which I sorta like.