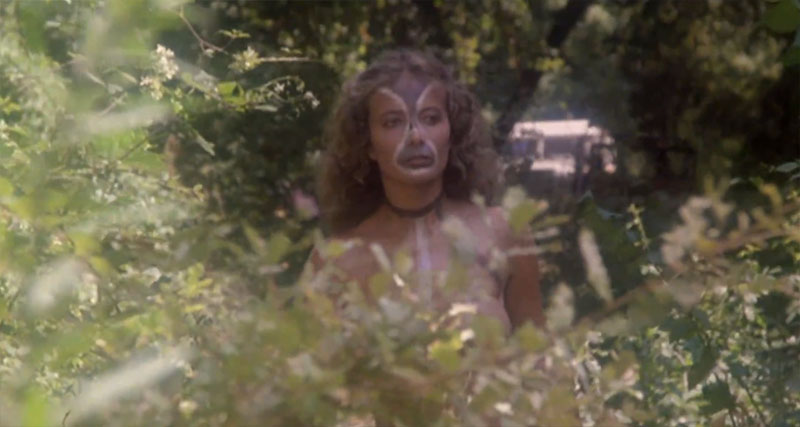 I have seen the DVD cover of this low-budget Italian zombie movie a zillion times. It’s pretty cool box art, but I’m fairly certain it was stolen from another zombie movie. Just like the soundtrack to this movie was stolen. The credits say the music is by Goblin, but they are just ripping off tracks from Dawn of the Dead.

The story follows two groups: a paramilitary outfit on a secret, zombie related mission and a group of reporters reporting on the jungle happenings… I guess. Eventually they team up and explore the jungle together and all the wonderful stock footage it has to offer. The films hits its most crazy note when, in order to get in with a group of natives, the lead actress removes her top and covers herself in war paint to converse with the tribe. Many stock footages commence and then everyone’s a zombie and run, run, run.

This movie doesn’t really make any sense, but it manages to keep things interesting with lots of close-up, flesh eating gore and the occasional act of violence against a rubber mask.

It’s a Predator sequel that doesn’t suck! The plot mirrors the first movie but... more

Several years ago I tried watching this when a YouTube user posted it on... more

A teenage girl is obsessed with a new wave pop star. She writes him... more