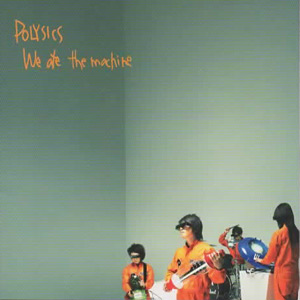 Polysics were another band (along with Lolita #18, Spoozys, Mummy the Peepshow, and Number Girl) that I saw at the excellent Japan Nite 2000 show at the Fireside Bowl. Compared to some of their other records, We Ate the Machine is far from the band’s best. Only “Rocket” in on par with their best songs. The rest are good, but nothing quite has the hook of a “Catch on Everywhere” or “Blackout Fallout.” This can be forgiven though because I only spent $1.99 on this via an Amazon reseller and, unbeknownst to the seller, this was actually the two-disc special edition that includes a concert DVD and a huge booklet.