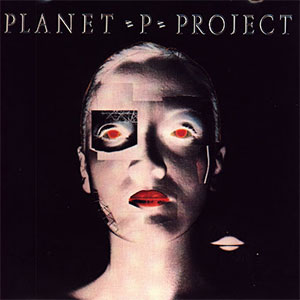 If you weren’t born before 1980 you may not remember this, but there was a time, early on in the CD era, when an album’s mere existence on CD was novel thing. During this early period I bought quite a few CDs just because they were there. I remembered Planet P’s video for “Why Me?”—the one where an astronaut’s head explodes into a shower of confetti—and vaguely recollected liking the song. I decided to give this CD a try. What a piece of crap. I’m guessing that Mr. P was a washed-up member of some boring 70s arena rock outfit who decided to go solo and experiment with synthesizers and other trappings of the New Wave music that the kids were hep to those days. Sure there are some theoretically interesting synth parts, but most of the disc is filled with dorky lyrics and progrock-ish bendy guitar solos. At best the songs sound like the type of cheese you would hear during a training montage in a Golan/Globus film. But, to be frank, I would much rather listen to Rob Walsh’s soundtrack to Revenge of the Ninja over this any day.