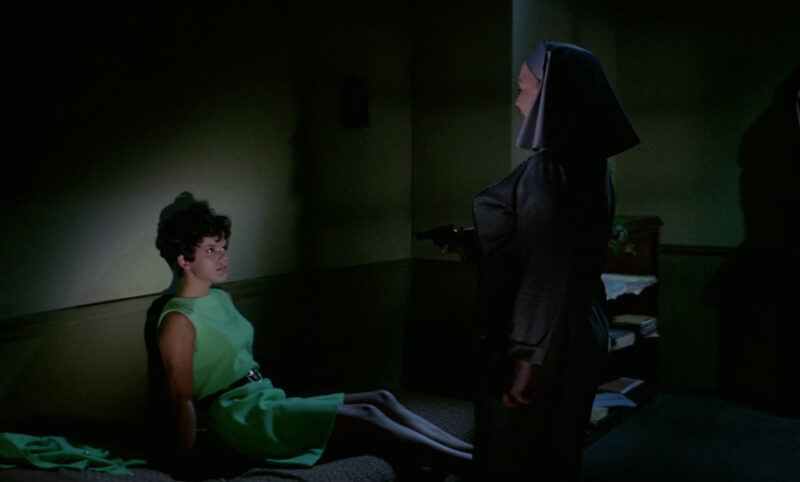 So far, this is the wildest Krimi film I’ve seen. Despite the title, there isn’t as much gorilla crime as you would expect. Instead there are multiple scenes at a figure drawing themed night club, yet another home for delinquent girls, and plenty of bumbling sexist police action.

As per usual, the solution to the mystery doesn’t really make any sense but that doesn’t matter. This movie is bathed in so much Bava-esque cinematography that it’s a visual delight from beginning to end.