What an incredible improvement over the last two Thor movies. They are no longer trying to be a poor man’s Lord of the Rings and are angling for humor whenever possible. Colorful, funny, well-paced, and almost as good as a Guardians movie.

I can’t believe how much praise this Marvel installment received. It’s so cheesy but takes itself way too seriously. The final CGI battle is some of the worst looking action in the entire MCU. So, was the pudgy, lazy-eyed former king the Black Panther up until the moment he died in Ultron?

The main story arc feels like a zillion other movies. What makes this one enjoyable is the dazzling array of reality bending visual effects.

I was surprised by how good this Marvel entry was. It’s genuinely funny, the main villain is well fleshed-out, and there is some actual tension in the last act. Spiderman is the best, most pure embodiment of the adolescent male power fantasy that all these superhero movie really are.

This is an odd duck with weird tonal issues. There are plenty of gonzo Mel Brooks moments but the bulk of the movie is almost played seriously with its themes of Nazis and concentration camps. I can’t say I didn’t enjoy it but I’m glad they opted for a happy ending because they could have tried to make it overtly poignant which would have pushed this into The Day the Clown Cried territory.

The story of the rift between the Avengers was not very compelling and is more of an excuse to have all these characters engage in a What If? CGI superhero fight. Spiderman and Black Panther are all of the sudden part of the story and it’s a little jarring for someone like me who knows nothing about Marvel comics. Still, as far as these dumb battle movies, this one was better than most of the others.

The story feels like a cheesy straight-to-video horror movie that came out in the late 80s but the visual style is very slick and modern. I don’t know if we are supposed to take this seriously. There is lots of bad dialogue and bad acting and yet the premise is so wacky (yet predicable) that it remains a fun watch until the end.

The story is not very interesting and the movie is almost 60% dudes fighting in the sky lameness. We’re getting to a point where they are introducing too many new superheroes. I can’t keep track and I am watching these one after another. But still, it’s mindless entertainment.

The Guardians films remain the best of the Marvel movies. This is mostly due to their disconnect from Earthly reality. I am more willing to accept physics defying action when it takes place in a colorful wacky spacescape. The characters are all well-defined and genuinely funny and this feels like a comic book movie should feel (still doesn’t hold a candle compared to the greatest comic book movie of all time, Danger Diabolik). 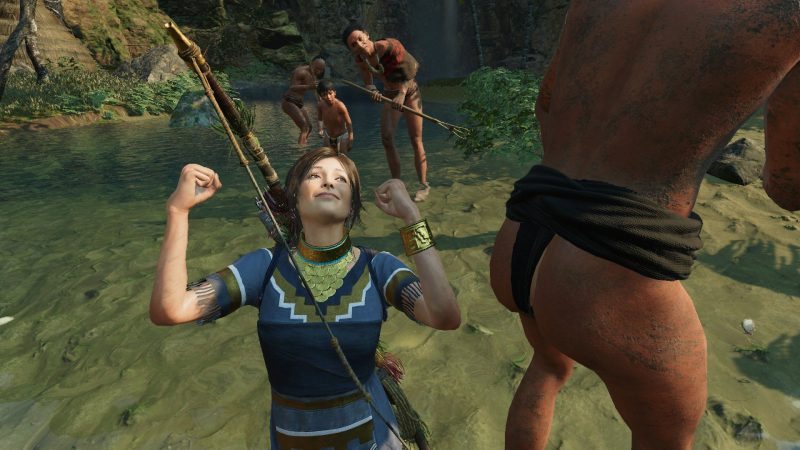 The third in the reboot series which is more or less the same as its predecessors. Excellent graphics, the usual fun mix of platforming, puzzles, and combat.

The story is the typical bad guys that want the object that will give them the ultimate power in the universe! Plans are thwarted and Lara triumphs! I was close, but I didn’t have the energy to 100% this one.