More demented fun from the bathroom.

What happens when technology falls into the wrong hands? Why you get stupid Flash Movies with dumb jokes and bad drawing!

Quote me if I'm Wrong: The English Language vs. My Dad

My father, like our recent commander in chief, has an uncanny knack for flubbing phrases and for saying things that are just plain bizarre. His co-workers quickly picked up on this and for more than twenty years they have been keeping track of all the crazy things he's muttered. 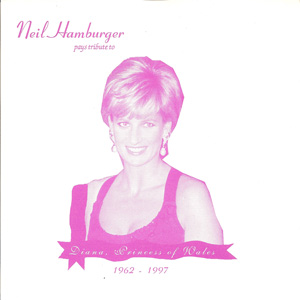 My tribute to Planet Pimp Records has expanded! I finally got my hands on a copy of Neil Hamburger Pays Tribute to Diana, Princess of Wales. Read my insightful commentary and make sure to listen to the audio clip from side B. Prepare to shed yet another tear for Our Fallen Angel.

More Videos from my VHS Archives

I'm beginning to slowly make my way through my old VHS tapes in search of interesting video to post and have found a couple. First we have a short clip from Ben Stiller's old MTV show. The MTV show was pretty funny, much better than the Fox incarnation that came along later. He really has the mannerism of Shatner down, but Stiller can't do the voice at all. That's basically the problem with most of Stiller's sketch comedy.

This is a listing of all the posts and pages on the site tagged comedy.

Past Updates and Postings